by Casiotone for the Painfully Alone 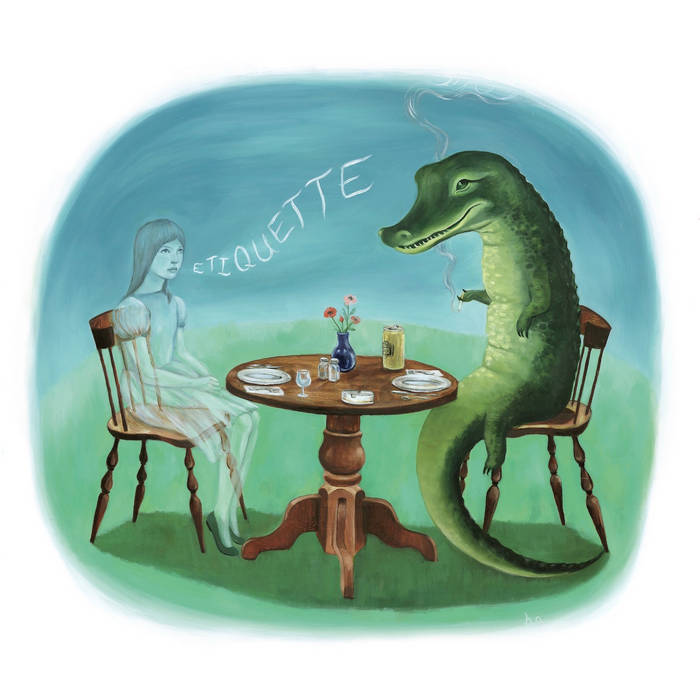 Etiquette, the fourth album by Casiotone for the Painfully Alone, was originally released on March 9, 2006 on the German electronic label, Tomlab. Although it did not receive much acclaim at the time (Pitchfork saw fit to include Etiquette on their “Overlooked Records 2006” list), the Etiquette cult has grown over the years, & the now-classic album remains the most popular & influential work in Chicago, IL singer/songwriter Owen Ashworth’s twenty-year music career. Etiquette has inspired a new generation of D.I.Y./bedroom pop auteurs with its playfully homemade & genre-defying electronic arrangements, memorably literary lyrics, & frank, vulnerable vocal style. Etiquette’s songs have been featured on the television show The O.C. & Academy Award winner Barry Jenkins’ debut feature film, Medicine for Melancholy. The original, out-of-print German pressing of Etiquette has become a much sought-after collectible. Now, twelve years removed & three albums into his new project, Advance Base, Owen Ashworth has decided to release a newly remastered vinyl & digital edition of Etiquette on his own imprint, Orindal Records.

Fearing that the fictional nature of his lyrics were being mistaken for autobiography, Ashworth called upon some of his favorite vocalists to sing four of Etiquette’s songs, casting them each as different characters: Katy Davidson (of Dear Nora) takes the lead vocal on “Holly Hobby,” Sam Mickens (of The Dead Science) appears on “Happy Mother’s Day,” and Jenn Herbinson (Ashworth’s long-time friend & favorite karaoke duet partner) is the voice of “Scattered Pearls” & “Love Connection” (a Parenthetical Girls cover). Other guest musicians include album producers Jherek Bischoff (bass & strings) & Jason Quever (drums).

The new edition of Etiquette was lovingly remastered by Matthew Barnhart, & includes two bonus tracks, which were written & recorded by Ashworth shortly after Etiquette was sent off to the pressing plant, narrowly missing the deadline for inclusion in the album’s original tracklisting: “White Corolla (Version)” (featuring Ashworth’s original vocal, a surprising contrast to the better-known version that was released as a single & featured vocals by Jenn Herbinson) & “White on White.”

Bandcamp Daily  your guide to the world of Bandcamp

outré black metal, with a Victory Over the Sun interview and music from Liturgy and Jute Gyte.